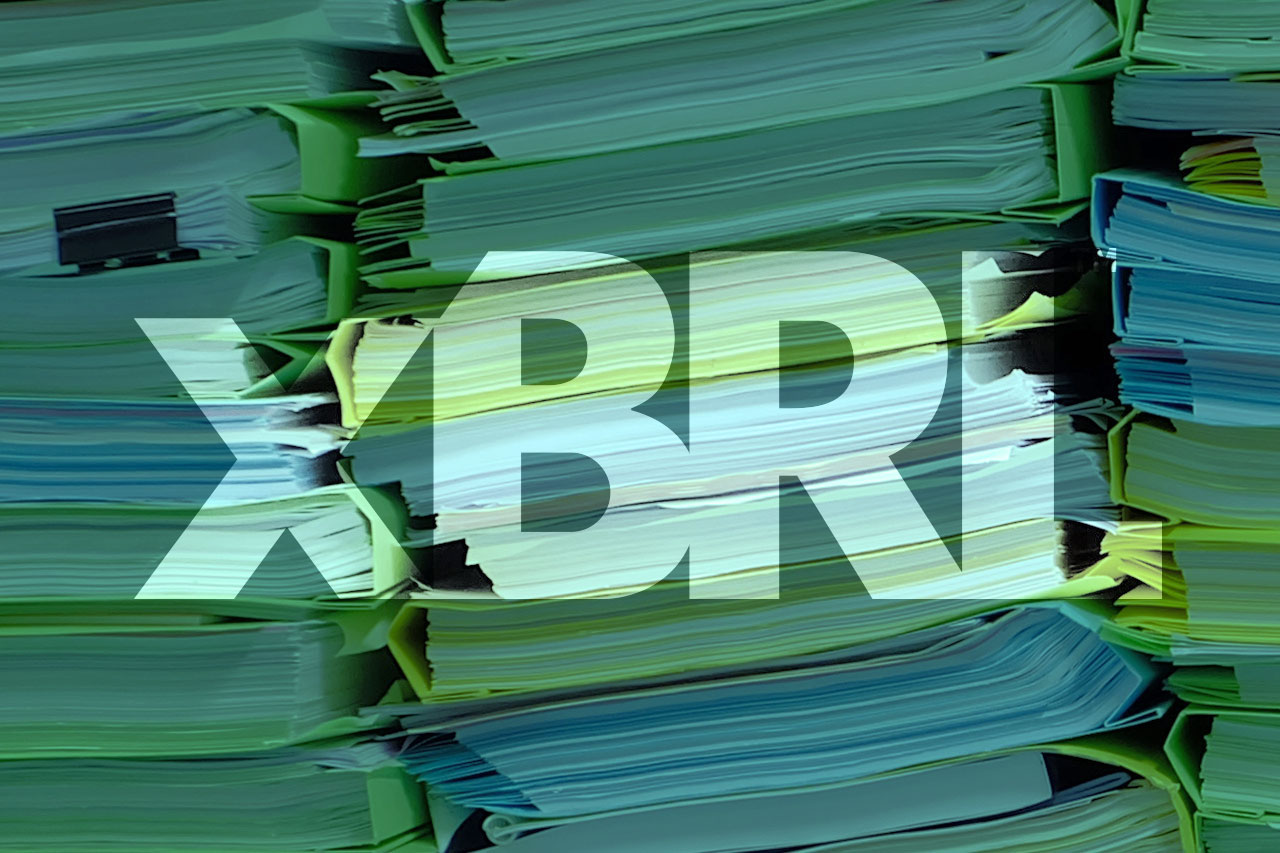 What is instance document integrity?

Any discussion about the capabilities of XBRL taxonomies would be incomplete without considering mechanisms that help to ensure the integrity of instance documents prepared in accordance with them. But what do we mean by ‘integrity’?

In this context integrity means the correctness and self-consistency (both arithmetic and logical) of the document data content itself. Do the financial statements make sense? Do all the fundamental relationships between accounting concepts hold? Does the Balance Sheet balance!?

The technical integrity of an instance document is of course the responsibility of XBRL-aware production software and can be validated by any XBRL Specification conformant validating processor – the taxonomy has little bearing on this.

Instance document integrity checking may be known to you by other names such as business validation, quality assurance, consistency checking or even auditing (of which it is but a small part).

The XBRL Specifications equip taxonomies with a couple of ways of specifying and applying integrity checks. First is the venerable Calculation Linkbase, which provides a means to express and visualise simple arithmetic relationships between concepts that have equivalent contexts. This has been part of the XBRL technology stack from the very beginning. Second is the more recent Formula Linkbase, which provides a means to express both logical and mathematical relationships between concepts regardless of their context.

The Formula Linkbase is by far the more powerful of the two, and to all intents and purposes provides a superset of the capabilities of the Calculation Linkbase. It is widely and heavily used in the financial regulatory reporting world to express business validation rules in the highly dimensional taxonomies used in the CRD IV and Solvency II regimes in Europe.

Let’s look at what each of the three taxonomy examples provide and what, in addition, others have supplemented this with where relevant.

The IASB has equipped the IFRS taxonomy with a Calculation Linkbase that expresses, where possible, arithmetic relationships that are also closely mirrored in the hierarchy of the Presentation Linkbase – a result of both being derived directly from the standards documents. These relationships are of course limited to items that have the same context (i.e. the same dimensions and period), which precludes dimensional aggregations and any cross-period calculations such as “roll forwards” (where adjustments are made during a period of time to an opening balance to arrive at a closing balance). The result is a series of calculation relationships (or networks) that encompass less than 50% of the line items defined in the IFRS taxonomy.

To address this deficiency in coverage IASB have also released an “unofficial” Formula Linkbase. It is intended to be an “add-on” to the IFRS taxonomy for those whose consistency and integrity checking needs are not met by the taxonomy Calculation Linkbase alone. It provides some generic “patterns” to enable roll-forwards, earnings-per-share calculations, dimensional aggregations, fact equivalence checks and negation checks to be applied to instance data. In conjunction with the Calculation Linkbase this provides reasonable coverage of an instance document, albeit in a rather fragmented fashion.

As is often the case with such after-thoughts, there are drawbacks. In order to provide generically applicable patterns the IFRS Formula Linkbase relies on recognising the content and format of labels and particular structures in the Presentation Linkbase – roll-forward adjustment concepts, for instance, must be positioned between the opening and closing concepts, which in turn must have labels of a particular format. This method of applying generic integrity-checking patterns seems very brittle and prone to disruption from innocent cosmetic changes to the Presentation Linkbase (spell “beginning” incorrectly, as they have done in the Preparers’ Guide example, and the pattern is not recognised and applied).

To summarise, the IASB have attempted to provide a reasonable level of arithmetic integrity-checking coverage for instance documents despite the limitations imposed by the taxonomy’s design and by the available XBRL “toolset”. The method by which Formulae are applied however leaves much to be desired.

There is no equivalent, however, of the supplemental IFRS Formula Linkbase for the remainder. The arithmetic consistency and integrity of instance documents cannot be completely verified by the US GAAP taxonomy alone.

Since the US GAAP taxonomy is primarily used for a very specific purpose (i.e. filing quarterly and annual financial statements to the US SEC) it is supplemented by regime-specific filing validation (the EDGAR Filer Manual – EFM) and a couple of XBRL US-based initiatives: the Consistency Suite and the Data Quality Rules provided by the Data Quality Committee (DQC). The latter is a free service, but the former costs real money. The EFM rules are of a technical nature, a layer above XBRL validity if you like, but do not address instance document integrity.

There appears to be some overlap between the Consistency Suite (12,000 checks claimed) and the Data Quality Rules (30 or so rules currently), but the latter focus specifically and more deeply on particular primary statements – the Statement of Cashflow, for instance, seems particularly well served by the rules released so far.

The majority of these additional rules are arithmetic in nature, provided to plug the gap left by Calculation Linkbase’s inability to express cross-dimensional and cross-period relationships, but a minority also provide checks for logical consistency and integrity that go beyond arithmetic consistency.

FASB, in association with XBRL US, have made a good stab at covering the arithmetic consistency of instance documents through a combination of the Calculation Linkbase and one or other (or even both) of the separate XBRL US consistency/data quality checks, and this is clearly an on-going process as more rules are added.

As a result of the highly dimensional nature of the UK FRS taxonomy the authors declined to provide a Calculation Linkbase at all on the grounds that it would be of extremely limited value. Instead, the Financial Reporting Council (FRC) provided, along with the taxonomy, a representative set of consistency check definitions for line item summation and cross-dimensional summation written in structured form in Excel workbooks. These cover several “subject” areas, such as Biological Assets, Intangibles, Inventories, PPE, Trade and Other Payables, and Trade and Other Receivables. In addition, there is a set of logical relationship checks.

An implementation as a Formula Linkbase would certainly be possible but perhaps because the FRC do not regard these as validation checks (hard and fast rules to be passed or failed) but as consistency checks to measure instance document integrity and quality against, they declined to provide one as part of the official taxonomy.

Nevertheless, the FRC consistency checks have been implemented in various forms by various vendors, preparers and service providers to enable those with sufficient motivation to assess the arithmetic and logical integrity of instance documents (always Inline XBRL instance documents in a UK context) against a single official benchmark set of rules.

The “owners” of all three taxonomies, as we have seen, provide the means in one form or another for users of their taxonomies to apply arithmetic and logical integrity checks to their instance documents. There is certainly a commonality of purpose, if not consistency in the provision of capability.

Both IASB and FASB rely on the limited Calculation Linkbase for basic arithmetic consistency to one extent or another, but recognise its shortcomings and supplement it with alternate means that further its coverage and go beyond it into the realms of checking logical consistency and integrity. This creates a somewhat fragmented but nevertheless viable solution in both cases.

The FRC have at least provided a single coherent set of consistency checks, but chose not to provide an implementation themselves, for whatever reason, preferring instead to leave that to others (the same could be said of FASB too, leaving the definition and implementation of consistency and quality rules to XBRL US/DQC).

We seem to have reached a point in the evolution of taxonomy design that we have been exploring in this series beyond which taxonomy architects and designers cannot pass unless and until the XBRL standard itself (in the form of XII) lends a hand with newer and better taxonomy-based capabilities.

There are two obvious avenues to explore: a better and more approachable way of constructing a Formula Linkbase that makes explicit the relationships between concepts; or, an improved version of the Calculation Linkbase that overcomes the limitations of the present one and provides the same severity-reporting options (i.e. not just pass or fail) that the Formula Linkbase does.

If the power of the Formula Linkbase can be tamed then it is capable of doing everything that even an improved Calculation Linkbase can do, and a lot more besides. However, as a means of expressing simple arithmetic relationships (and doing that one thing well) the Calculation Linkbase has a lot going for it. It is transparent and understandable, and if it can retain those traits whilst being enhanced to deal with dimensions, periods and flexible severities then it might just be the right tool for the job.

Finally, it is worth noting that whilst the arithmetic used in financial statement integrity rules is generally straightforward, the applicability of those rules is not. There is huge variability in the presentation and content of financial statements for all sorts of reasons. Different sizes and types of entity give rise to varying disclosure requirements, and often preparers can also exercise some choice over how financial statements are presented, which in turn impacts the content.

Unless such factors can be determined automatically from the content, and it’s not clear that they always can be, some “rules” will never achieve universal applicability. For this reason consistency and data quality “rules” should be regarded as an aid to integrity-checking and not as an absolute measure of integrity.